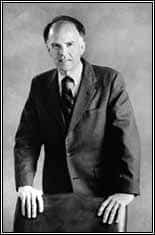 David Martel began practicing law at a Wall Street firm in New York City. He moved to Springfield in 1974, joined Doherty, Wallace in 1981, and practiced in the areas of land use, including zoning and conservation matters as well as real estate tax appeals.

In addition, as town counsel for Longmeadow since 1979, for Ludlow since 1991, and Hampden since 2000, David developed extensive expertise in municipal law.

David had an extensive practice representing municipalities and property owners before the Appellate Tax Board in cases involving real estate valuation and real estate tax exemptions for charitable organizations.

Prior to beginning his law career, David was a newspaper reporter, first in Springfield and then in Washington D.C. where he covered Congress, the White House and the Supreme Court for a number of New England daily newspapers.