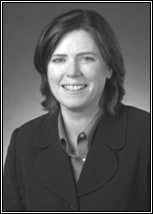 Rosemary Crowley’s practice focuses on state and local tax consulting and municipal law. She has represented clients in tax controversies in numerous administrative and judicial forums, including local boards, state agencies, trial and appellate courts. She serves as a Town Counsel and is a member of the Massachusetts Department of Revenue Advisory Council.

Rosemary began practicing law at the Massachusetts Department of Revenue, where she served as trial counsel to the Commissioner of Revenue, representing the Commissioner before the Appellate Tax Board on cases involving a wide variety of state-imposed taxes including: sales and use, personal income and estate taxes, and bank and corporate excise.

Prior to practicing law, Rosemary worked as a computer aided design engineer in the semiconductor industry.

Rosemary is a member of the Massachusetts and South Carolina Bar.