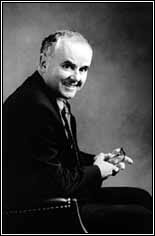 Phil Callan joined the firm in 1968, after three years as a captain in the Army Judge Advocate General’s Corps. A fellow of the American College of Trial Lawyers since 1993, and the state chair from 2001 to 2003, he is the primary outside counsel in Western Massachusetts for a number of major insurance companies and specializes in the defense of professional malpractice, product liability, and personal injury suits and insurance coverage interpretation.

Phil has been included in The Best Lawyers in America since 1995. He was an adjunct professor in equity practice at Western New England College School of law for five years and has also taught at Bay Path College. He was a member of the Hampden County Bar Association executive committee for nine years and was its president in 1994-1995.
Phil is a former member of the Wilbraham Zoning Board of Appeals.